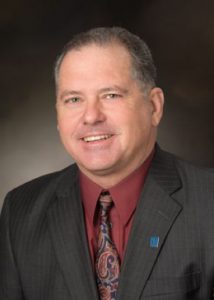 Ira Smith was born and raised on a small farm north of Mooreland, Oklahoma.  It was at an early age that he fell in love with tractors and quickly developed a love for the land.  At the age of 14, Ira began working for area farmers and ranchers and quickly learned how to operate multiple different types of equipment.

Ira’s most recent accomplishment is the completion of his Auction Technology Specialist (ATS) designation in 2012.  ATS is a program which trains auction professionals to enhance their services to customers through coursework which focuses on lead generation and prospecting, internet marketing, websites, inventory management, image hosting, and computer marketing strategy.  To maintain this designation, Ira must complete 24 additional hours of continuing education courses every three years.  As an ATS graduate, Ira is among less than one percent of auctioneers throughout North America with this specialized training.

Ira has also been fortunate to receive several awards including:

Get daily emails with new properties that fit your search criteria.

Save properties that you are interested in and get notifications of any changes in the status of the sale.

What's Your Home Worth?

Fill out our home evaluation form and find out what your home could sell for.